Occasionally I publish Flutter Gists that you can try in DartPad. The Gists were typically made to present something that did not look quite right, but sometimes they can just be a Flutter example, snippet or a setup I found useful and wanted to share in short Blog like format, and also document it, so I can find it myself when I need it again.

Chill, Peace and Flutter love to ya all! 💙 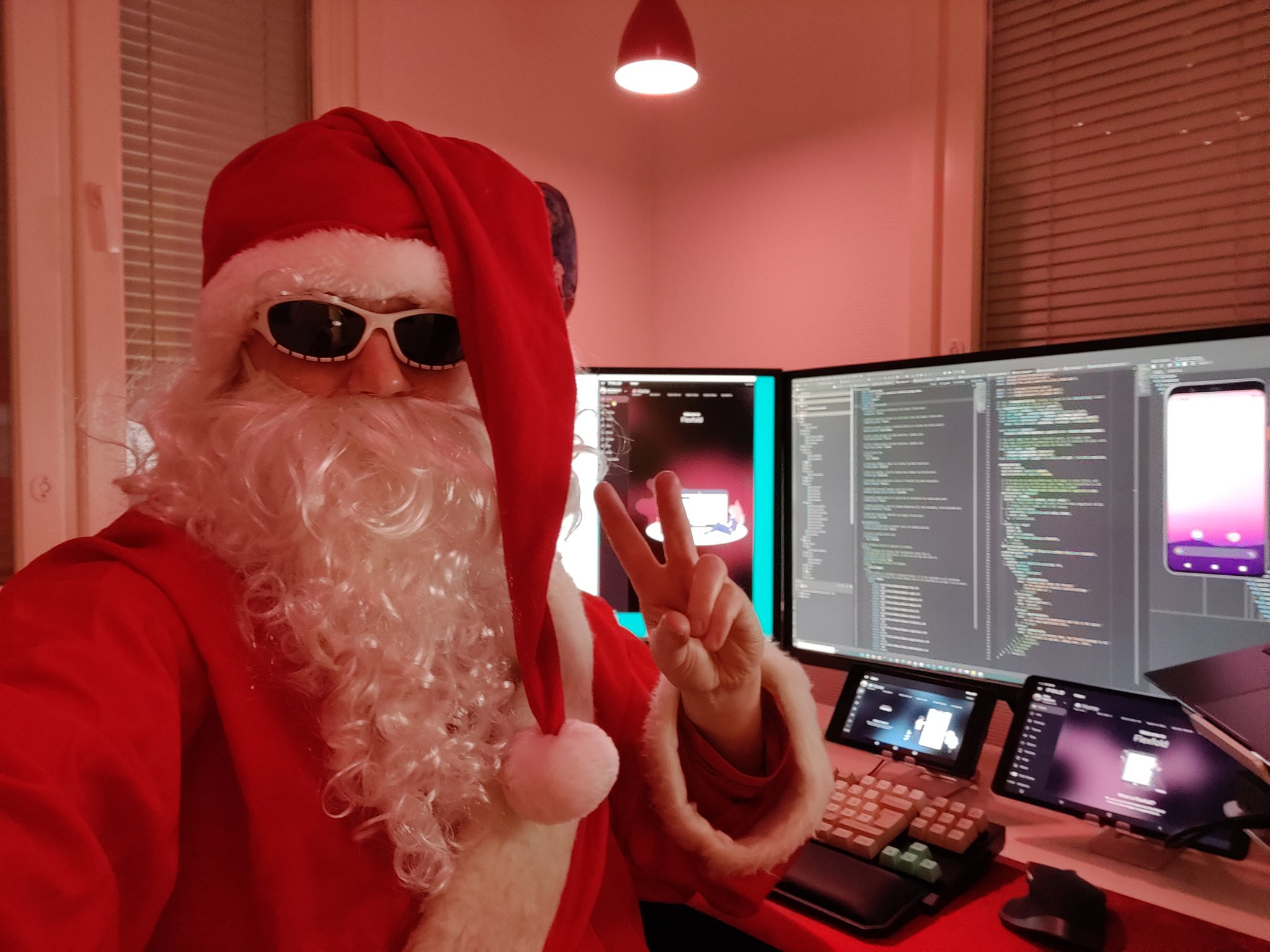 In your own projects you can set up the Dart analyzer and linter to do your bidding, the way you like it, without having to follow any corporate shared standard for it. I like to start by enabling all lint rules in a file, and including it in my analysis_options.yaml file. I simply call this file all_lint_rules.yaml, you can grab the latest official and always up to date version here.

In my analysis_options.yaml I include this file. Exclude generated Dart files from being analyzed and enable strong-mode. I lift things to error level that I think should be errors, then the analyzer won’t even let me compile things that do not comply.

The rest is just turning OFF a few linting rules that conflicts with each other, by disabling the choice I do not use. Finally, I turn OFF the rules I really don’t want. The analysis_options.yaml for it looks like this:

The rest, the linter: section is just a list of what should be turned OFF. As for what actually gets turned OFF, apart from anything that conflicts with its own counter-part, not much. I prefer things pretty strict, but that is just my personal preference. I documented the choices I made, and the reasoning behind the choices at the point in time when I made them. I vary it slightly depending on if I use it for a package or an app, keeping it even stricter for a public package, these options are also documented.

Here is the Gist with the full details of the settings I use in analysis_options.yaml for my personal projects.

I might change a few settings as things evolve. One rule I found myself disliking recently and disabling, is the sort_constructors_first. Sounds like it is fine, right? For the default constructor I agree, I want it first too, but after that I want to see all the properties of the default constructor, with their documentation comments, and not be forced to scroll down to find them far below after all other named constructors and factories.

The above is also an example of the documentation style I used in the Gist for all lint rules that I turned OFF. Yes it is verbose, but now I can find the rule quickly, read my past reasoning for the choice I made, and find references to what other have chosen as their lint preference for each rule that I have turned OFF.

Why Not Use a Linting Package?

There are many packages that define linting rules for you, most notably Effective Dart, Pedantic and Lint that specify their own rules to fit their standard and requirements. Nothing wrong with using any of these packages, if they fit your needs. I just preferred the clarity of enabling all rules in one file, and then just disabling the ones that did not fit my usage and preferences.

Earlier I started with one of the above packages too, but I noticed that when I needed or wanted to modify a few rules, I ended up with enabling or disabling rules in relation to used package setting. This got a bit messy to keep track of. It felt cleaner to just turn everything ON, and then just have OFF definitions in my analysis_options.yaml. Super simple and clear to modify when needed, without messing things up, and also no need for a package for this relatively simple setup.

ClipRect over Container with BoxShadow

A pet nit-picking rendering issue of mine is the ClipRect issue. It is mentioned in my issues page as well. This is a simpler DartPad demo of the issue that still fails to render correctly with current DartPad version too.

You can see this it in a browser with DartPad here. 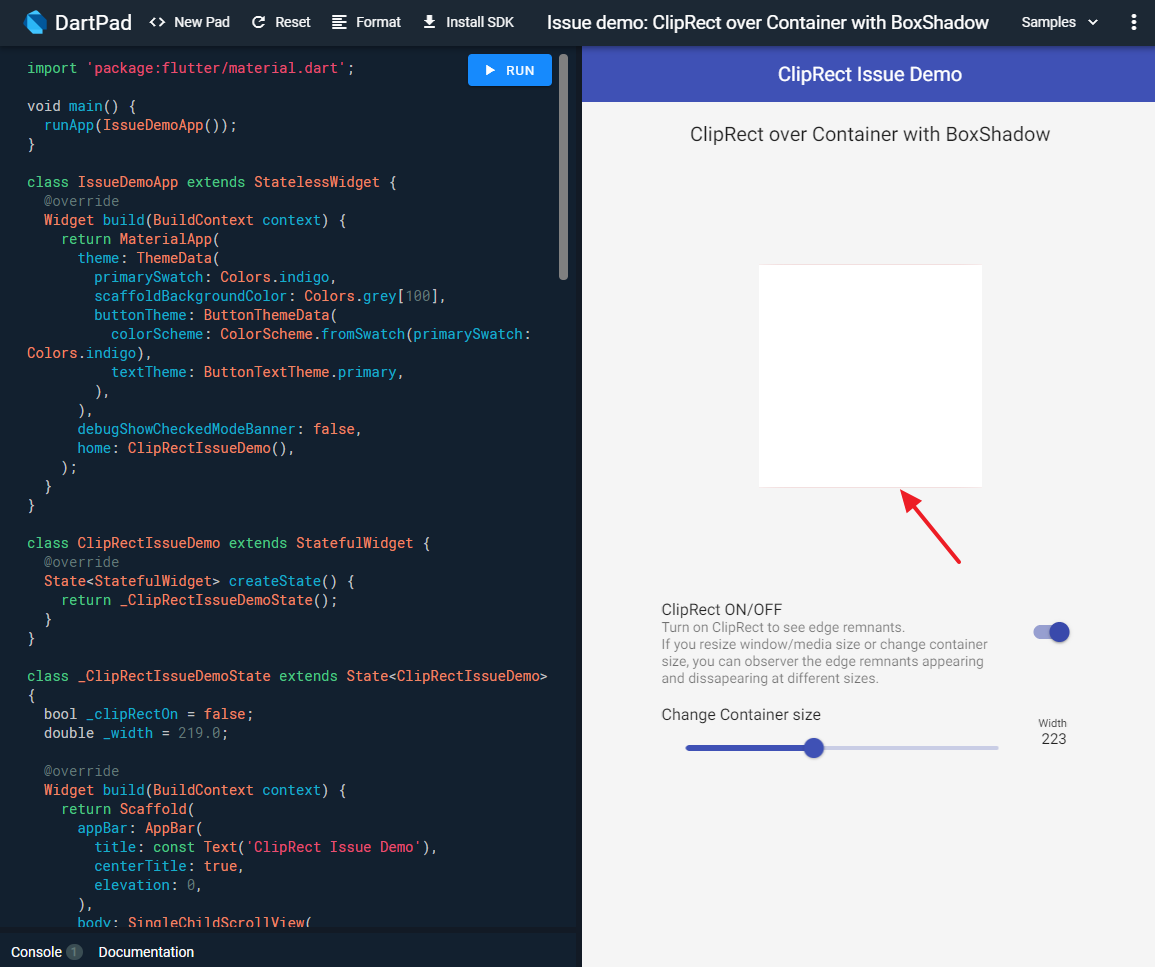 You cannot wrap a Sliver with normal Padding in Flutter, well you can, but it will not render correctly if you have objects in the list with shadows that extend out into the padded area.

In this Gist demo when clicking on the example 1 button, we see that padding works OK on a normal grid view, but in example 2 we can see that using padding covers the shadows that should extend into the padded area, so we get a sharply cut shadow.

In examples 3 and 4 it is demonstrated how this rendering issue can be solved by using SliverPadding instead. The difference may be subtle, especially when viewed separately, but it is there and does not look so good to a keen eye, below is a composite image showing the difference.

You can see this demo in a browser with DartPad here. 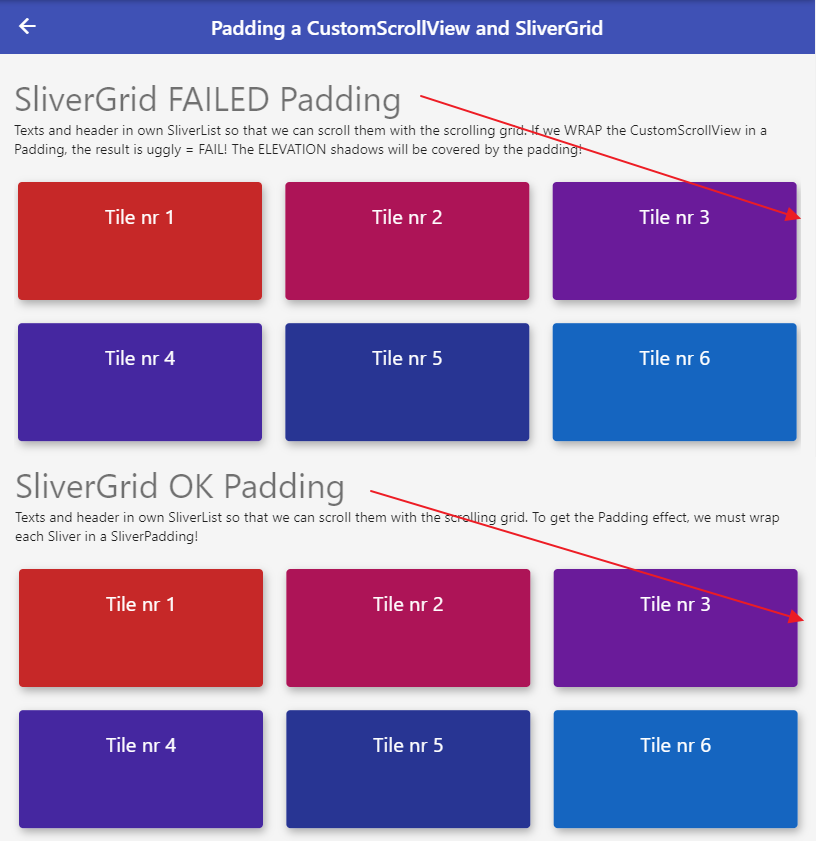 Source GIST: Padding Slivers with SliverPadding and demo of why Padding does not work